In our last message, we began to look at visions and revelations of great shakings that will hit many nations of the world even to their foundations with the spotlight on Satan’s formidable army, its formation, militancy and tactical operations in the world in these last days. But in this concluding part of our message, we will now focus more on the deadly operations of this particular army in these last days.
Satan’s army which was formed and identified as the spiritual forces of wickedness is currently carrying out well coordinated tactical and deadly operations in the world. The mandate of the army which is the coalition of demonic and human agents of darkness is to overrun the world for Satan, make it uninhabitable and turn its citizens to hopeless captives (Isaiah 14:16-17).
Satan’s army has two divisions:
(1) Spiritual forces of darkness in high places: These include all the operational departments in the higher ranking of Satan’s army. It is these forces which take charge of spiritual operations in the unseen world. This is because these forces are spirit beings (Eph. 6:12; Rev. 12:7-9; Daniel 10:12-14).
These forces of darkness such as principalities, powers, rulers of the darkness of this world and spiritual wickedness are satanic elements who occupy high spiritual realms where they carry out evil and destructive activities for satan and his kingdom (Eph. 6:12).
(2) Satan’s human agents in the world – All the human agents of Satan are constituted into the 2nd division of satan’s army. These are men and women who have volunteered to serve Satan in the world. They have yielded their will to satan and have aligned themselves to his purpose. Having surrendered their will to Satan, these human agents have been enlisted into Satan’s army, and equipped spiritually to take charge of spiritual warfare on earth. They do this in collaboration with the demonic forces that give them the most needed spiritual support.
The Division 1 of Satan’s army which is made up of demonic forces has its operational based in the spiritual world, while the 2nd Division which is made up of Satan’s human agents has its operational headquarters in the natural or physical world. The natural or physical realms in these contexts simply mean the intermediate realm between the unseen realms of God and Satan.
The natural or physical realm is the world below which lies centrally between the two unseen worlds, namely the world above and the world beneath. The world below being the natural or physical world is the world of nature and human beings. The natural or physical world as explained is now the operational base of amalgamated satan’s army of human agents and spiritual forces of darkness.
After the defeat of Satan and his cohort in the battle that took place in heaven, the earth which is the intermediate world now became the battlefield for ever ranging spiritual war between God and Satan (Rev.12 9: Job 1:6-7; 1Peter 5:8-9). The first round of the spiritual warfare which was fought in the heavenly places was between the angelic forces and the demonic forces of darkness (Rev. 12: 7– 9).
However, the spiritual warfare on earth is now between the amalgamated spiritual and human agents of both the kingdom of God and the kingdom of satan. Unlike the war in heaven which was between the angels of God and the demonic forces of Satan, the war on earth has assumed a new dimension. It has become more fierce and deadly. This is because both God and Satan have mobilised all their spiritual and human resources in all the nations of the world for the end time conflicts.
For a successful spiritual warfare in the world being the physical or human realm in these last days, satan has to rely heavily on his human instrumentalities, without which he can do but a little or absolutely nothing. This is because, Satan as a spirit being needs an embodiment before he can operate in the physical realm
These human agents of satan, such as witches, wizards, enchanters, occultists, ritualists, insurgents, human traffickers, soothsayers, false prophets, armed bandits, armed robbers and his other human agents have been spiritually recruited into his great army to fight the end-time spiritual warfare in the world. With the combination of his demonic forces and human agents of darkness, satan is now looking set to unleash deadly attacks on the whole world in this end-time.
Visions and revelations of Satan’s deadly operations in the end-time. I noted earlier that visions and revelations of great shakings in the world in these last hours shall be presented in series for the purpose of clarity, better understanding and easy assimilation. I have provided a strong scriptural base and an in-depth framework for the presentation of the visions and revelations. The deadly operations of satan and his cohort are going to top the list of negative occurrences as part of the great shakings that will hit the entire world.
In a vision some years ago, God opened my eyes to see something so frightening. In that vision, I saw multitude of people running helter-skelter. I heard the multitude screaming as they scampered in different directions. As I took time to meditate over the vision, the Lord said to me, “the vision you saw is pointing to great confusion that will hit the world as a result of insecurity. At the peak of this confusion, people in their multitudes will be running from place to place as they look for safety”. 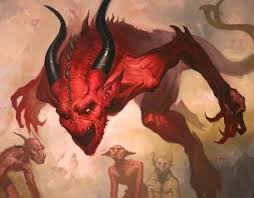 In another vision, I saw a rising thick black smoke mingled with devouring flames of fire in different directions. As I looked at this scenario with fear and trembling, I heard a voice which said, “the world will soon be going through series of massive disaster and catastrophes. Satan, the enemy of mankind will raise an army of wicked men and women who will perpetrate heinous crimes against humanity with impunity. Satan will achieve this feat through his human agents whom he will despatch to different parts of the world to launch bomb attacks”.
Africa will be worst hit with Nigeria as a leading destination. This is because Nigeria has been marked and mapped out as a place where satan will launch his deadly operations in his quest to overrun the whole Africa. The revival that will affect the entire world will start from Nigeria. Nigeria is the destination of global revival of the coming later rain. Satan is aware of this, so he wants to destroy many lives through insurgent attacks. He is all out to plunge Nigeria into different kinds of war.
The spiritual forces of darkness and their human agents of satan have queued up in this last day to launch deadly attacks on the nations to destroy them. They are more antagonistic and destructive now than they have been. Sudden destruction looms over the ungodly nations even in the face of current global quest and agitations for peace in all its ramifications.
Paul the apostle saw the vision of the eminent destruction that will take the nations of the world unawares during his life time and ministry on earth (1Thess. 5:3-5). I have seen the same vision. The world is in danger! There is no guarantee for safety in any part of the world; not even in any of the so called technologically advanced nations of the world. The name of the Lord is the only safety tower. The name of Jesus is the only name that saves (Proverbs 18:10; Acts. 4:12; Joel 2:32).
Watch out for specific visions, revelations and prophecies concerning Nigeria, America, etc.

Godwin Omata is a dynamic minister of the Gospel with a strong prophetic and evangelistic anointing. He is well known for his prophetic preaching and teaching which brings salvation, healing, deliverance, miracles, signs and wonders to his hearers. He is the president of the Emancipation Gospel Light Commission, Ankpa, Nigeria.