Visions & Revelations Of Great Shakings In The World 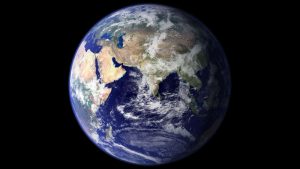 For quite some time now, I have been having visions and revelations of coming events that will bring about great shakings in the world and this will invariably change the history of many nations of the world. These events will affect all sphere of human life on earth positively and negatively. The happenings will cut across the spiritual, political, economic and social lives of all the nations of the world.

Interestingly, pockets of these events are already happening in some parts of the world. The spirit of the Lord has directed me to share these visions and revelations with the church and the world so as to prepare them for the eventualities that will decide their fate in the final analysis.

Note that these visions and revelations of shocking major events that will soon take place in the world shall be presented in series for the purpose of clarity, quick understanding and easy assimilation. Due to the sensitive nature and urgency of these visions and revelations of global occurrences, I urge you to prayerfully present yourself wholly unto the LORD that you may obtain mercy and grace from Him in this time of need (Heb. 4:16).

In this message, I will share with you what God revealed to me about Satan’s formidable army, its formation and tactical operations in the world in these last days.  A lot is going down in the world. Satan has arisen with a great fury to overrun the world and turn it into a wilderness (Isaiah 14:16).

After the fall of Lucifer who ranked highest in the angelic hierarchy, he was now called devil or Satan to depict his new status (Rev. 12:9). In the word of God, Devil or Satan mean the same thing and are used interchangeably when referring to this personality who has become an adversary and accuser of both God and man (Rev. 12:9; Job 1:6-11; Matt. 4:1-3; 1Peter 5:8).

According to the word of God, Satan’s army was first formed in heaven from fallen angels. These falling angels who are now rebels and dissident became demons or evil spirits. It was these fallen angels who became Satan’s loyalists or subordinates that he organized into his army whose mandate was to fight against God’s sovereign will and eternal purpose in heaven and on earth.

According to the information made available to us in the book of Revelation chapter 12 and verse 7, spiritual warfare, which is the battle for supremacy between God and Satan, originated in heaven where Satan’s inordinate ambition for supremacy was resisted and crushed by God’s army marshaled by archangel Michael (Rev. 12:7-11).

However, after Satan’s fall and eventual banishment from heaven following the exploits of God’s army commanded by archangel Michael; spiritual warfare or the battle for supremacy between God and Satan was moved down to the earth.

In order to put up a gallant fight here on earth, where the second round of the battle of all ages between God and Satan was to take place; Satan has formed a formidable army. The army of Satan in this present world is a coalition of demonic forces who were cast down from heaven with him and his human agents of darkness here in the world. These human agents are men and women from all the nations of the world who have surrendered their will to Satan and have aligned themselves to his purpose, plan and pursuit on earth

The battle between God and Satan which actually started in heaven has continued on earth down through the ages since the world began. Satan and his cohort are not relenting at all. In the year 2005, God showed me a vision of blood festival. In this vision, I saw a very huge black image with its mouth widely opened; I saw very many people being slaughtered and their blood was collected in basins and the blood collected was being poured into the mouth of that very huge black image. These went on endlessly.

I was so troubled when I saw that vision. So, I began to pray because I wanted to know what the vision meant. As I was praying, the Lord said to me, “there will soon be Blood Festival in Nigeria and other nations of the world”. Lord, what do you mean by Blood Festival, I asked? Then the LORD said, “Blood Festival is a celebration of wickedness in honour of Satan, the prince of wickedness. The huge black image you saw represents Satan, the prince of wickedness. This festival organised by Satan will be characterised by blood- letting, killing of the innocent and wanton destruction of human lives”. Furthermore, the LORD said, “When these things begin to happen in Nigeria, know that darkness has covered the earth and gross darkness the people (Isa. 60:2). That the end is near”.

God gave me this vision in the year 2005. That was before the advent of Boko Haram insurgency in Nigeria. The advent of Boko Haram insurgency and the emergence of other sister insurgent groups in Nigeria is the fulfillment of the vision of Blood festival in Nigeria.  Boko Haram Insurgents in the North-East part of Nigeria, armed bandit in Zamfara State, Kaduna State and other states in Nigeria are parts of Satan’s army. Fulani herdsmen and other formidable killer squads have joined Satan’s world army. As the end draws nearer, Satan knows that he has limited time. So, he is doing overtime and he is fully out to harvest many souls into hell.

Godwin Omata is a dynamic minister of the Gospel with a strong prophetic and evangelistic anointing. He is well known for his prophetic preaching and teaching which brings salvation, healing, deliverance, miracles, signs and wonders to his hearers. He is the president of the Emancipation Gospel Light Commission, Ankpa, Nigeria.